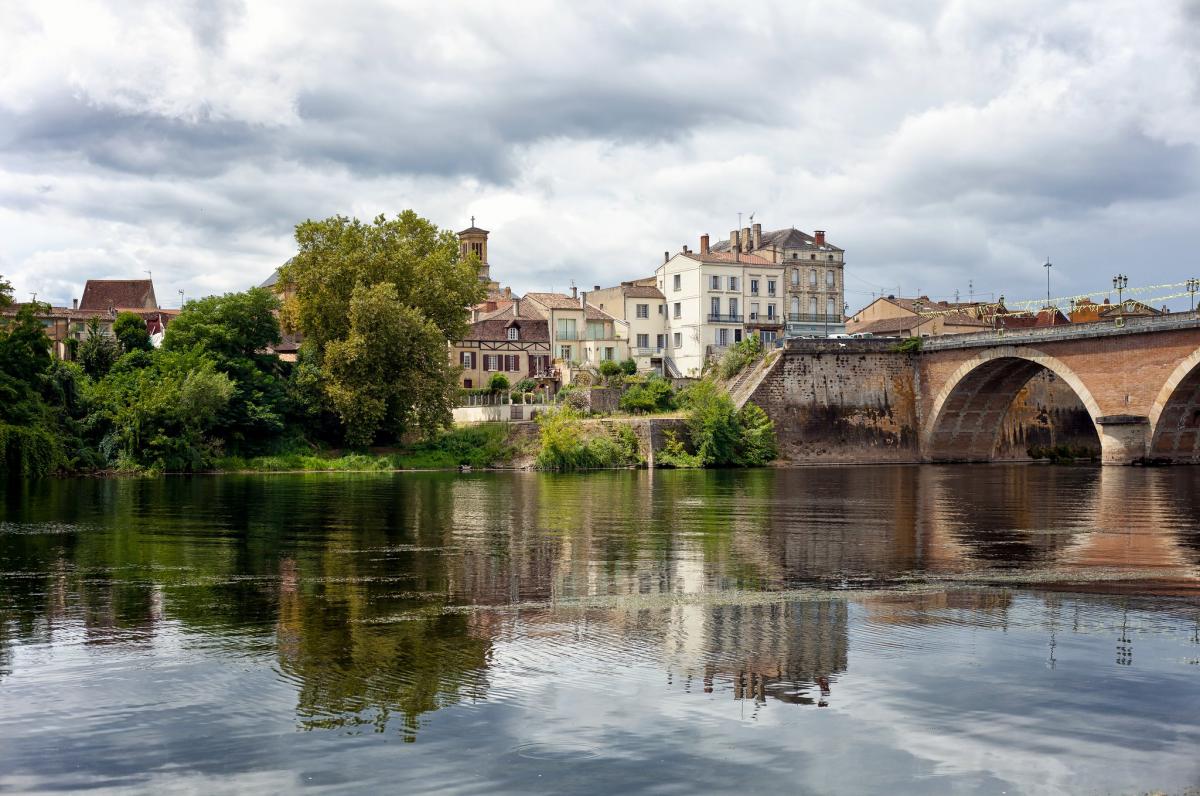 On this route, from Bergerac with its church of St. James, the path crosses the fertile slopes of the Agenais area and Gascony. This area was under the authority of the Kings of England during the Middle Ages. 13th C. "bastides" (mediaeval new towns) such as Saint Pastor, Aiguillon and Montréal du Gers are dotted along the way. This area was also inclined to look favourably on the Reformation.

The St. James' identity is not particularly strong, but one can evoke Charles de Foucauld (who lived in the Château de Bidoire before becoming a hermit in the Sahara), Port Sainte Marie which was a place of pilgrimage for "gabariers" (boatmen), or the fine statue in Mézin, a reminder of the devotion to St. James.

This link route identified as the GR®654-East is little-used but signposted and can be used in all seasons. Completely rural in character, it enables you to leave the Vézelay Way (GR®654) in Bergerac and join up with the Puy en Velay Way (GR®65) in Montréal du Gers.