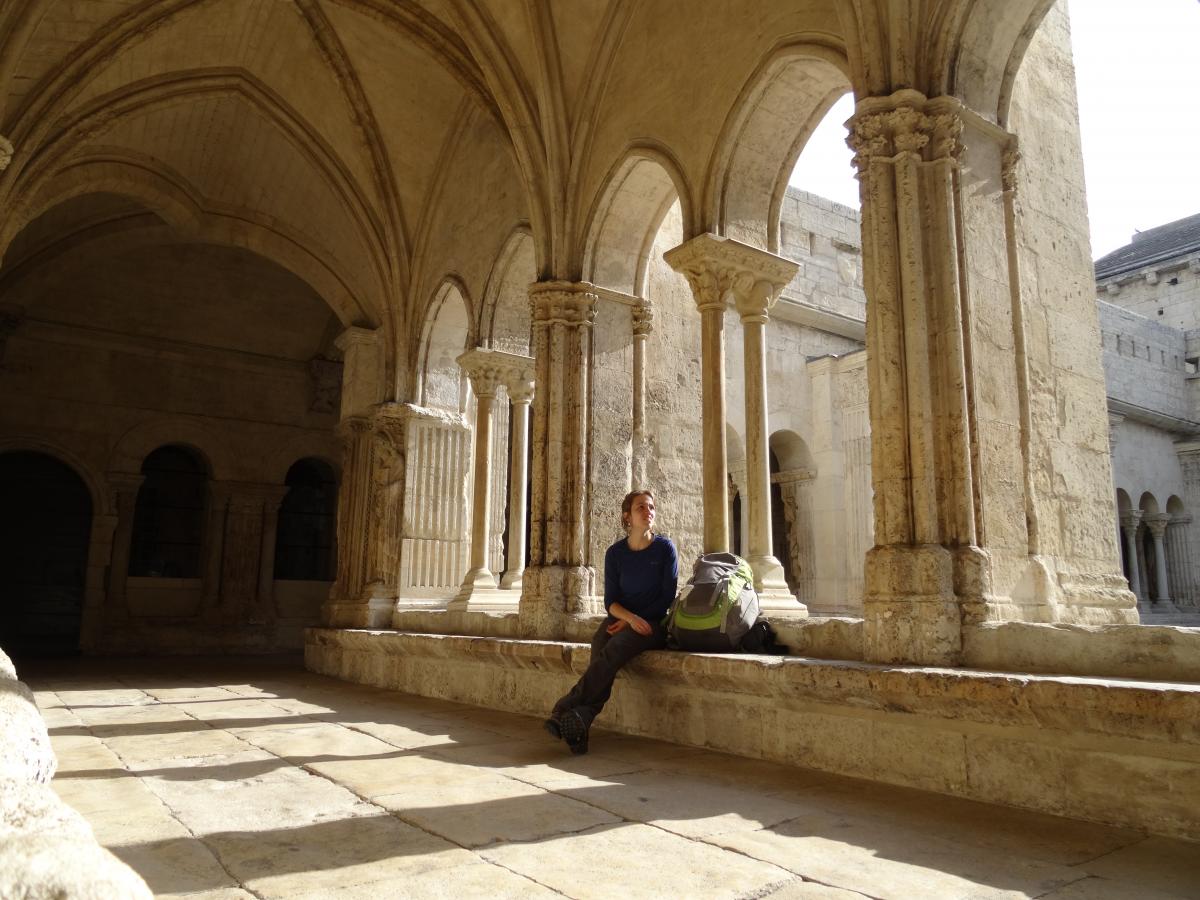 Linking the Mediterranean and Atlantic flanks of the Pyrenees, the Arles Way, also known as the via Tolosana, links Arles with Puente la Reina in Spain where it joins the Camino Francès in slightly under 1000 kms. This southern path goes through the towns of Montpellier, Castres, Toulouse, Auch, Oloron-Sainte-Marie, Jaca and past other major historical and geographical landmarks such as the Abbey of St. GIlles du Gard, the former abbey of St. Guilhem le Désert, the Naurouze watershed (on the Canal du Midi), and the Somport pass.

Book V of the Codex Calixtinus mentions it, briefly describing its sanctuaries and recommending that one should honour Caesar in Arles, Gilles in St. Gilles, St. Guillaume in his abbey of Gellone, and St. Sernin in Toulouse.

The regions crossed, from Provence to the Pyrenees, provide a great diversity of relief, landscape and climate : Mediterranean vineyards, the forests of Haut-Languedoc, the hills of Gascony, the Pyrenean foothills.

The GR® path was inaugurated in 1990. It is continuous and well-signposted, and provided with a variety of accommodation. It is practicable for a large part of the year. The itinerary is suitable for two-way pedestrian traffic, towards Rome and towards Santiago de Compostela.

There are two ways to approach Toulouse :

There are also two ways to get out of the city :

Documents to download :
Map of the way across Toulouse
Leaflet "Chemin d'Arles GR®653 towards Compostela - the Southern way"