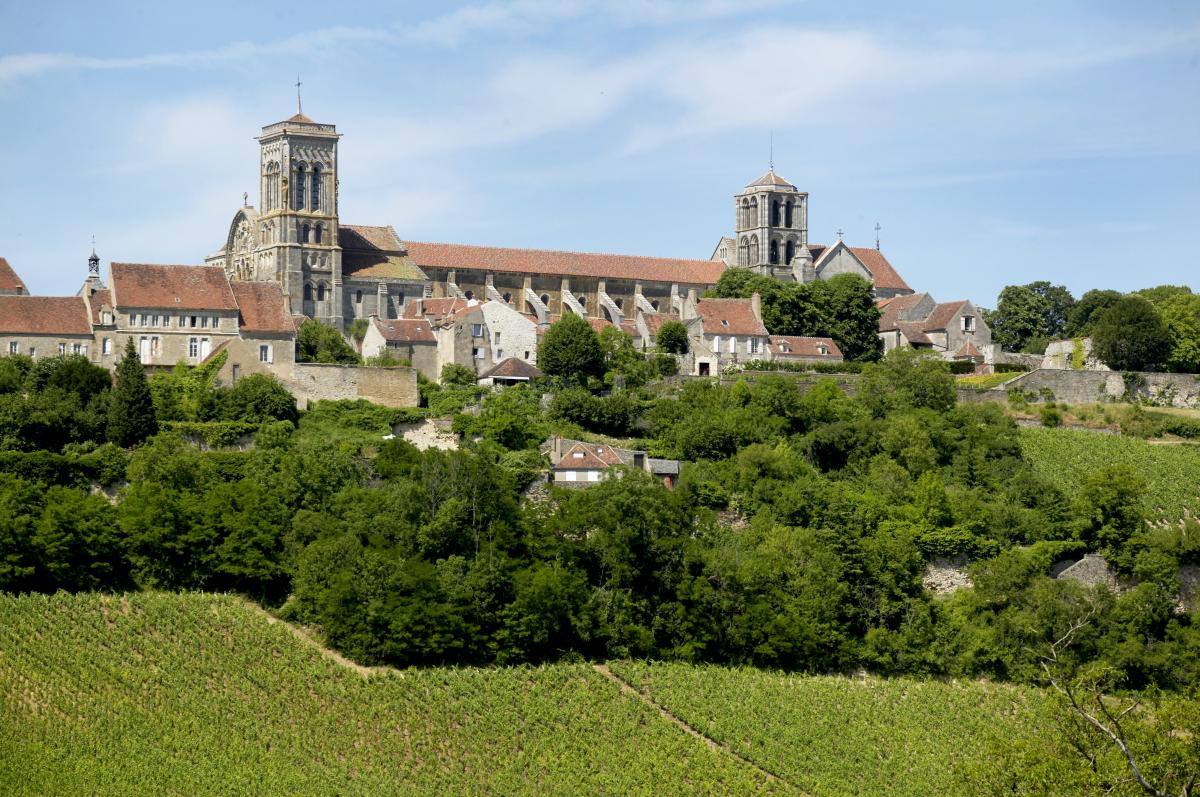 The Vézelay Way, also known as the via Lemovicensis, links Vézelay in Burgundy with Saint Jean Pied de Port in about 1,100 kms.

From the eternal hill of Vézelay, you go via the countryside of the Limousin and cross the Loire at La Charité, then on to Bourges or Neuvy Saint Sépulchre. The domes of the cathedral of St. Front in Périgueux rise before you, then comes "l'entre deux mers" and the immense forest of the Landes before coming to Saint Palais where the much referred to Gibraltar stela is to be found ; a little monument set up in 1964 symbolising the supposed crossroads where the Toulouse, Vézelay and Puy en Velay routes meet. And don't forget to take the time to explore the church of Saint Léonard de Noblat, the former cathedral of Bazas, and the Abbey of Saint Sever.

The itinerary was set up in the 1990's. Two routes exist from Burgundy down to the Pyrenees. They are signposted differently :

In addition, these main trails are subdivided into several branches, thus providing alternative routes. You can choose whether to go via La Charité-sur-Loire and Nevers or via Bourges. The two branches rejoin one another at Gargilesse-Dampierre in the Indre département.

At Bergerac in the Dordogne, you have the choice of two possible routes :